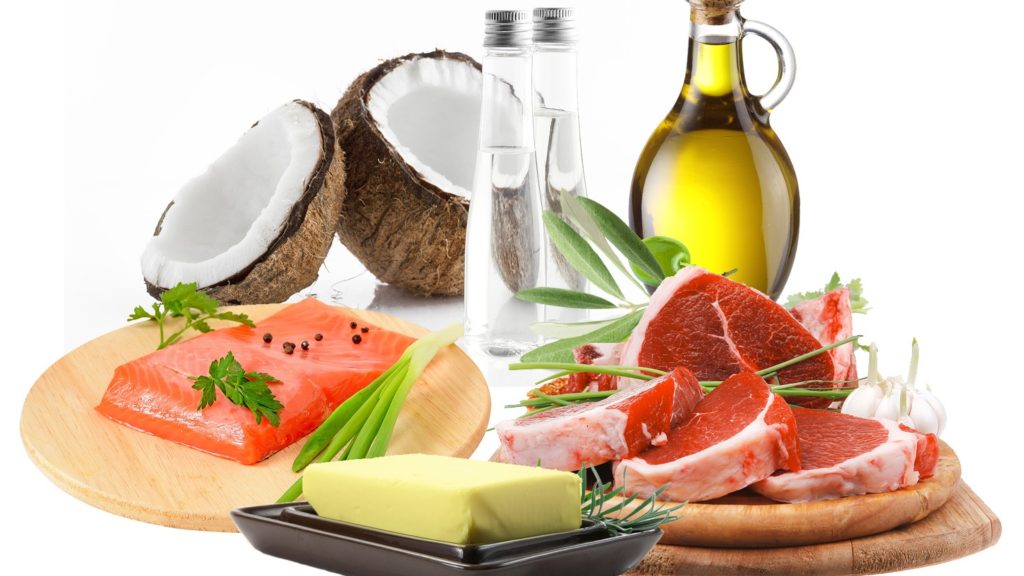 Low fat diets took a blow to the gut a decade ago when a major study found that a low fat diet does not reduce the risk of heart disease and cancer. The eight year study, funded by the US government, examined 50,000 postmenopausal women and found that those who ate low-fat diets were at the same risk of heart disease and cancer as those who ate usual high-fat diets.

As soon as the study hit the press, commentators were spinning the results. Low fat advocates said that the low fat group in the study still ate too much fat: 24 percent of calories rather than the recommended 20 percent. Others said the 8 year study wasn’t long enough to be conclusive, and that the subjects were too old (average age: 62). Vegetarians weighed in by saying that you need to do more than reduce fat to reduce disease. You need to take drastic action and that means giving up meat. Meanwhile, meat-eaters saw the study as a vindication for low carb diets which are heavy on meat like those advocated by the late diet guru Dr. Robert Atkins. Predictably, some said that the study proves it doesn’t matter at all what you eat. This was good news for McDonalds, who disclosed the same day the low fat study hit the press that their French fries actually have 33% more trans fats than previously thought. So yes, those fries have 8 grams of trans fats and a whopping 30 grams of total fat per large serving, but so what? A little, (or a lot) of fat won’t kill you.

The low fat diet study flap left more than a few people scratching their heads. However, the results weren’t a big surprise to anyone who has been paying attention to the latest information on diet and health. It has been pretty obvious for a while that fat is not the bogey man many of us think it is. This is because not all fats are the same. Certain fats are absolutely essential to health, including notably Omega 3 fatty acids found in salmon, nuts and seeds, monounsaturated fats like those found in olive and peanut oil, and Conjugated Linoleic Acid (CLA) found in butter and meat from grass fed animals. These are some of the “good” fats.

Meanwhile the evidence has been mounting for years that so called “trans fats”, hydrogenated or partially hydrogenated fats and oils, may be a major culprit in raising rates of heart disease. These fake fats are clearly incompatible with body chemistry. They are the “bad” fats. One group which benefited handsomely from the fat-free craze was the food industry. They were able to churn out “fat free” and “low fat” products which use lots of refined carbohydrates, sugar and salt to compensate for the lack of fat. The result: Amercicans have been getting fatter and fatter eating “low fat” foods because excess consumption of refined carbohydrates disrupts metabolism and makes people hungrier.

Not only that, the high carb, low fat foods marketed as “low fat” may be hazardous to your health. According to Dr. Walter Willet, chairman of the department of nutrition at the Harvard School of Public Health: “We have good evidence now that the high intake of refined starches and sugars will increase risk of diabetes and heart disease.” So what diet is best?

While it is hard to generalilze, years of studies done by Willet and others have found that healthy people tend to do two things: they increase “good fats” and “good carbohydrates” while cutting down on both “bad fats” and “bad carbohydrates. According to Dr. Timothy Johnson medical editor for ABC news, the good fat/good carb diet has a big payoff: “Not only is it more likely to be healthy. It may also make it easier to control our weight. That’s because sugars and starches get quickly absorbed into our blood stream and lead to sudden spikes in insulin levels–which leads to low blood sugars and increased hunger, which makes us eat more.” What this translates into in terms of application is advice so commonsense it could have come from grandma: get rid of refined starches and sugars. Eat more vegetables and fruit. Eat lean protein and healthy fats. If you do this, according to Johnson, “You’ll lose weight and feel better and may reduce your risk for heart disease.”