Fluoride Back in the News 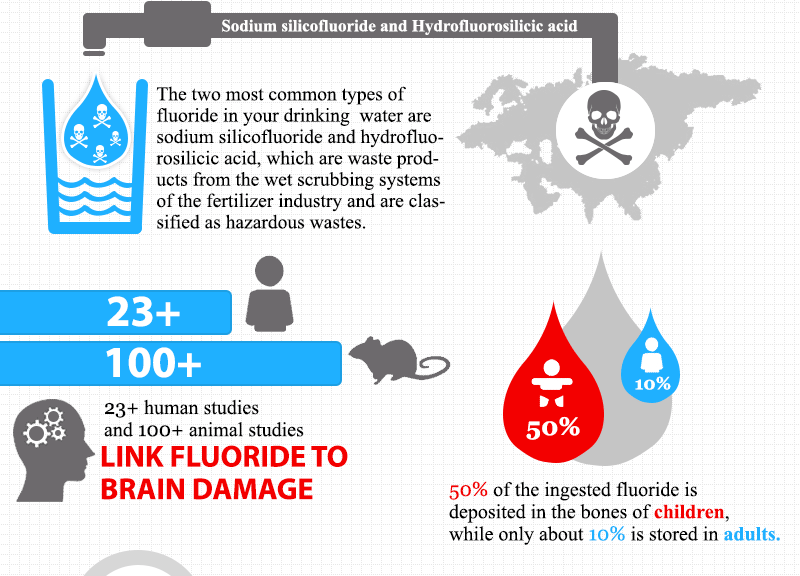 A major National Academy of Science (NAS) study was released last week and it sounded new warnings on fluoride. The report concluded that current EPA standard of 4 parts per million in drinking water is too high, and increases risks of severe dental fluorosis and bone fractures. It also discussed other health effects, including IQ deficits in children in high-fluoride areas, and called for more research.

Independently, on March 22 the Environmental Working Group released a study on infants‘ exposure to fluoride. This study found that in 25 of the 28 largest cities in the US, at least 15% of the formula-fed infants are exposed to excessive levels of fluoride, mostly from tap water used to make infant formula. A fluoride level of 1 part per million (about what we have in Juneau) translates into putting 27% of infants at risk of adverse health effects, according to this study.

The evidence against fluoridating public water supplies is mounting. The fluoride that is added to our water is an industrial waste product. It is highly toxic. Anyone who saw the article in the Empire might have noticed the big skull and crossbones on the bag of fluoride the city worker was holding.

The purported “benefits” of fluoridation of water are not well established. While topical use of fluoride does harden tooth enamel, there is very little evidence that fluoridating drinking water at 1 part per million has significant benefits for teeth. Numerous recent studies of communities which have stopped fluoridating have found that tooth decay rates do not increase. In many cases, they actually declined, even compared to communities which continued to fluoridate.

Expect the issue of fluoridation of Juneau‘s water to heat up again. The Mayor‘s task force on the subject meets on April 3 and if they vote to keep fluoride in the water, don‘t be surprised if an anti-fluoride initiative turns up on the ballot for the next municipal election.