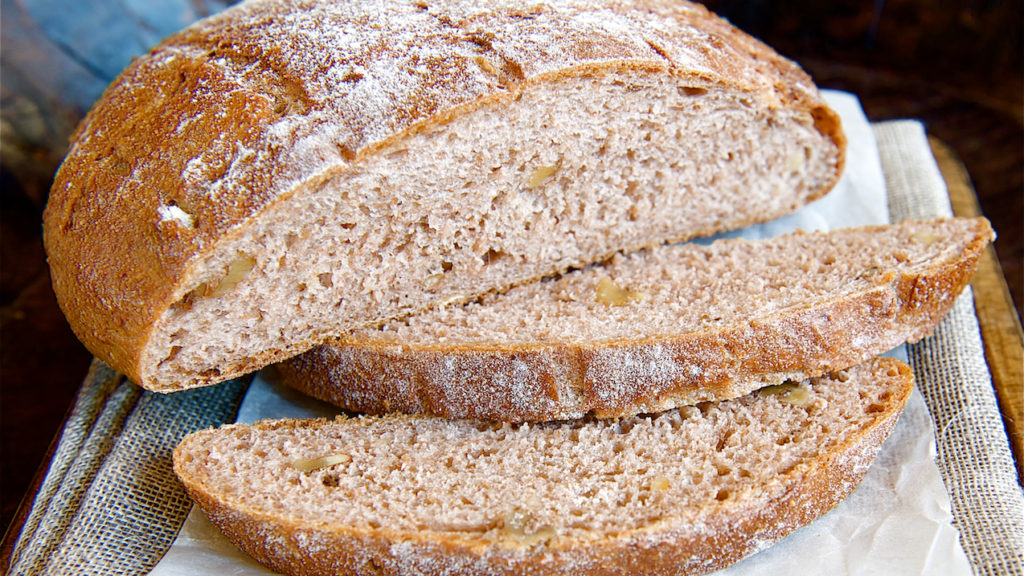 Are you sensitive to wheat? If you are, you are not alone. By some estimates, over 40% of the population has some degree of sensitivity to wheat. Symptoms may include indigestion, stomach pains, gas and bloating, as well as fatigue, headaches, excessive mucus, skin eruptions and increased pulse rate. Why would a food which has been eaten by humans for nearly 10,000 years provoke these symptoms in so many people? One answer is that the wheat we eat today is not the same wheat our ancestors ate.

Modern wheat has been intensively hybridized and thus is very different from its ancient progenitors. It has been altered to improve yields, to make it easier to harvest, and to increase its gluten content so that commercial baked goods will rise higher. Some experts believe this may be one reason so many people today have wheat allergies and/or sensitivities.

Fortunately, spelt, a cousin of wheat, can be eaten by many people who cannot tolerate wheat. Unlike wheat, the spelt that is grown today is very similar to that which was grown thousands of years ago. Spelt is higher in protein and fiber than wheat. Most importantly, the fiber in spelt is much more water soluble than that in wheat, which makes spelt easier to digest. Spelt is an ancient grain with a fascinating history. Originally cultivated over 7,000 years ago, Spelt is mentioned by name in the Old Testament in Exodus and Ezekiel. It was extensively grown in the Mediterranean basin during Greek and Roman times, and was widely cultivated in many parts of Europe during the Middle Ages. Saint Hildegard of Bingen, a twelfth-century mystic and healer prescribed spelt as a healing food for all manner of ailments. She wrote in one letter: “When someone is so weakened by illness that he cannot eat, then simply take whole spelt kernels and boil them vigorously in water, add butter and egg….Give this to the patient and it will heal him from within like a good healing salve.”

Spelt is available in whole kernels, as well as white and whole grain flour. Spelt pasta is also available as well as many baked goods containing spelt rather than wheat including pretzels, cookies, and crackers. Spelt has a nuttier flavor than wheat. The flour can be substituted one for one in any recipe which calls for wheat flour. Spelt will tend to make a slightly stickier bread dough than wheat does. When making bread with spelt flour, it is advisable to use a loaf pan rather than putting formed loaves on a baking sheet since the dough tends to spread out.

Here is a delicious recipe for an apple spelt upside down cake, courtesy of Linda Cohen:

Preheat oven to 350. Mix 1/4 cup maple syrup with the sliced apples. Put the mixture in a 9”x12” pyrex pan and put it in the oven while mixing the batter. Cream the butter with the remaining maple syrup. Add the eggs, one at a time, the vanilla, and the buttermilk. In another bowl, sift together the flours along with the baking powder, baking soda, cinnamon, and a pinch of salt. Add the dry ingredients to the wet ingredients and mix just until incorporated. Pour batter over hot maple apples. Bake till toothpick comes out clean, approximately 50 minutes. While cake is still warm, turn onto a platter.