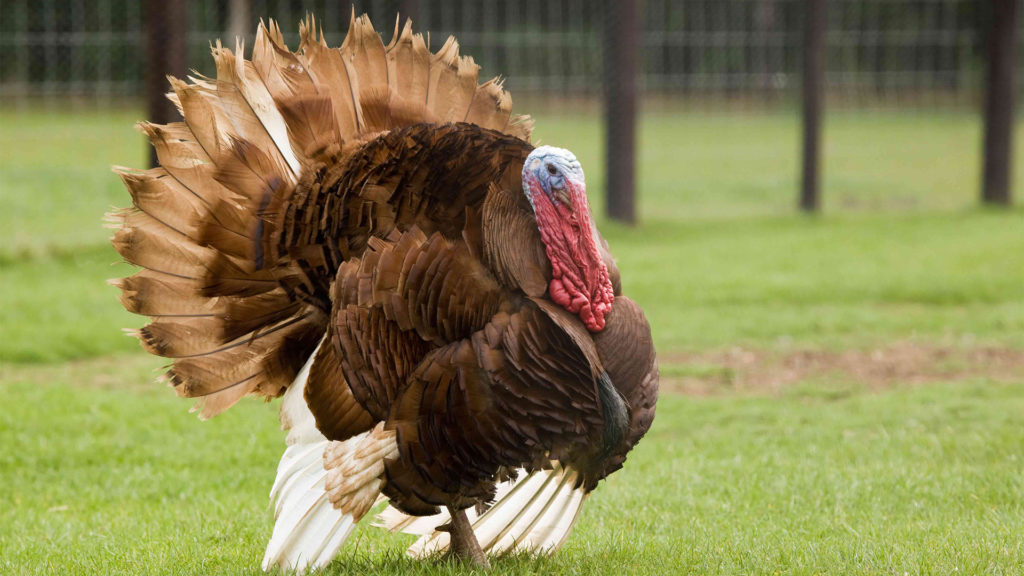 When the founding fathers were deciding on what bird to depict on the national seal, Benjamin Franklin argued for the turkey over the bald eagle. He wrote: “For my own part I wish the Bald Eagle had not been chosen the Representative of our Country. He is a Bird of bad moral Character….the Turkey is in Comparison a much more respectable Bird, and withal a true original Native of America.”

While Franklin lost out in his wish to have the turkey represent our country, he might take consolation in the fact that this “respectable Bird” has become the centerpiece of a national holiday. No animal is more closely identified with a holiday than the turkey is with our American Thanksgiving. There are references to Thanksgiving as “turkey day” going back nearly 100 years. Turkey at Thanksgiving is probably more American than apple pie.

This being America, each Thanksgiving seems to bring an increasing number of turkeys to choose from beyond the basic Butterball. There are naturally raised turkeys, free-range turkeys, and certified organic turkeys. Yet despite all these choices, these turkeys have one thing in common. They are all the same breed: the Broad Breasted White.

Over the last 50 years, modern breeding techniques have made the Broad Breasted White the dominant turkey on the market, accounting for over 99% of turkeys raised! While it has a faster growth rate and produces more white meat than other breeds, the rush to embrace it has resulted in a staggering loss of genetic diversity. One observer noted: “It’s as if everyone in America was eating only one apple. It’s like saying we will use Red Delicious apples for everything.”

In our grandparents’ time, there were numerous turkey breeds, with interesting names like Narragansett, Bourbon Red, Standard Bronze, Slate, and Jersey Buff. What disadvantaged these varieties in their competition with the Broad Breasted White was their slower growth rate and smaller breasts. However, they have survived because people still value them for their superior flavor and texture.

Thankfully, some of these old time “heirloom” turkeys are making a comeback. Heritage breeds have been quietly gaining a renewed market due to their great flavor and superior biological diversity. Raising Heritage turkeys is more costly and time consuming because they take longer to mature. While they cost more than commercial turkeys, the price is similar to that of the higher end organic brands.

Last year, I tried an Heirloom turkey for Thanksgiving and found it very tasty. It definitely had a smaller breast than the organic bird I usually prepare, and more dark meat. It also had a much larger body cavity, more room for stuffing. While I don’t know if I could say it tasted better than an organic bird without a side-by-side taste test, it was certainly very good.

If you get a Heritage turkey, please be aware that they do not need to be cooked as long because they are less broad breasted. Most Heritage turkeys are considered done when your meat thermometer reads between 140 and 150 degrees.

Whatever kind of turkey you are preparing, you will need to make gravy. Here’s a recipe:

After your turkey is done add 6 to 8 ice cubes to juices in pan so fat can surface to be skimmed. Make a flour and cornstarch paste (half and half) with cold water. Combine thoroughly. Add to boiling drippings in pan, stirring to thicken. Season to taste.

OPTIONAL: When the turkey is half done, heat, DO NOT BOIL, one cup white wine and pour over turkey. This is the secret to a marvelous gravy.