Ginger is Both Food & Medicine 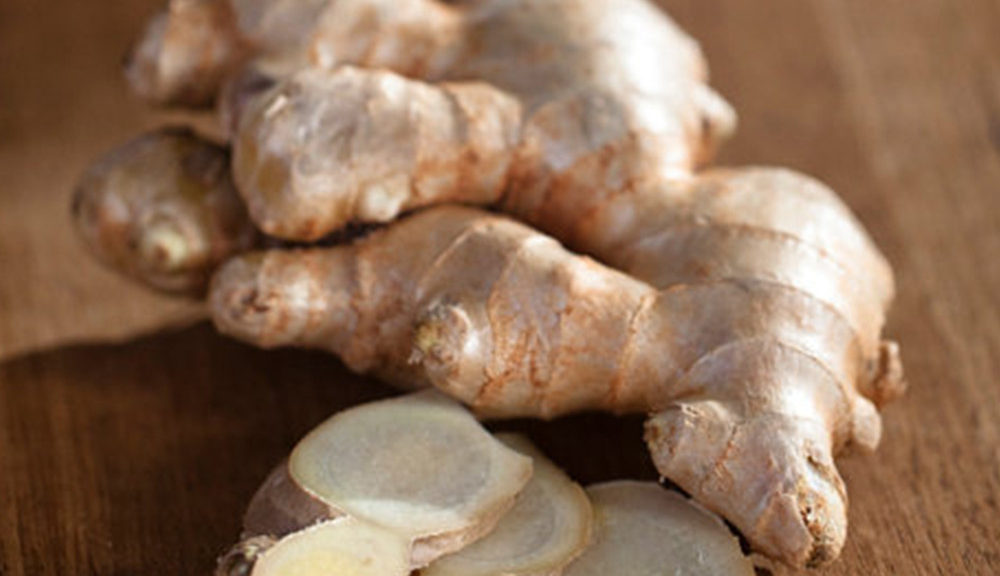 “Let your food be your medicine” was the advice of Hippocrates, offered over 2000 years ago. The ancient traditions all relied on the healing properties of plants, and developed a profound understanding of the value of certain foods in health. One of the most sophisticated of these ancient therapeutic traditions is Ayurveda, the “science of life,” a five thousand year old system that originated in East India.

The foundation of health in Ayurveda is a diet based on foods that are fresh, light and easy to digest. Ayurvedic cooking makes generous use of herbs and spices with careful consideration not only of their taste, but also their effect on digestion and assimilation. Perhaps the most important spice in this tradition is ginger. In Ayurveda, ginger is known as vishwabhesaj, or “universal medicine.” It is considered warming and is especially valued for its ability to stimulate “digestive fire.”

Ginger is a valued spice in many of the world’s culinary traditions. In Indian and Chinese cooking, it is widely used in curries, soups, sauces, stir fries and stews. In Japan, paper-thin slices of pickled ginger are used as an accompaniment to sushi. In the West, ginger is featured in ginger ale, candied ginger, gingerbread, and ginger snap cookies.

The latter were my first introduction to ginger as a child, and for years they were my favorite cookies. I don’t recall the brand, but my mom used to buy ginger snaps in bags, and I remember furtively sneaking to the cupboard to steal a few when no one was looking. I loved the combination of sweetness and warm spiciness that lingered on the tongue.

Ginger root is available fresh in most grocery stores. Technically speaking, ginger isn’t a root but a rhizome, which is the knobby underground stem of the plant. However, since nobody else refers to it as “ginger rhizome,” neither will I.

Most often you will see the mature root, which has a tough skin that needs to be peeled, but occasionally you will see fresh young ginger with a thin translucent skin. This young ginger doesn’t need peeling, and it has a more delicate flavor, while mature ginger will tend to be hotter and more fibrous. Like people, ginger will become more wrinkled as it gets older, so when buying favor smoother skinned roots.

Ginger is also available in powdered form, but don’t substitute it if your recipe calls for fresh ginger because it is much hotter and has a different flavor. The powdered ginger works fine in baking though, and is great for making gingerbread or gingersnaps, which are considered “warming” treats that are especially appropriate for the winter months.

Here is a recipe for a relaxing healthful “nightcap” using ginger. The combination of ginger with milk is considered beneficial in the evening before bed because the fresh ginger stimulates and strengthens digestion, while milk is considered calming for the system as we prepare for sleep.

Reduce heat to low after 20-30 seconds, and let simmer for a minute or two more. Remove from heat and serve, sweetened with honey, or unsweetened.