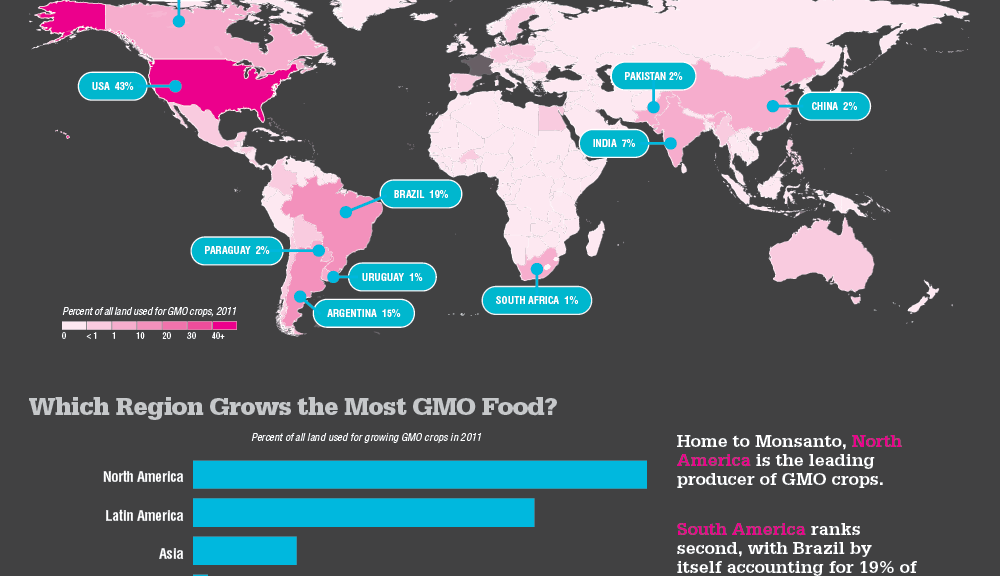 Should you be concerned? After all, if many of us are eating genetically engineered foods already, and people don’t seem to be keeling over, what is the problem?

The problem is that nobody knows if there is a problem. There has been so little research on the long-term health effects of eating genetically engineered foods that even the president of Monsanto has admitted that no one knows if they are harmful or not.

Impartial experts who have looked at the issue have cited this paucity of research as a cause for concern. The British Medical Association has called for a global moratorium or ban on GE foods. The top five insurers in Great Britain declared recently that they would not provide insurance for the genetically modified crop industry.

A spokesman for the insurers said, “No one company knows where this path of genetically modified foods is ultimately going to take us in terms of either human health or environmental contamination.”

One health concern is that tinkering with the genetics of food crops makes them more likely to provoke allergic reactions. You may recall the episode several years ago where genetically engineered “Starlink” corn, which was intended for animal use, got into the human food supply including Taco Bell taco shells. Numerous people experienced severe allergic reactions. There were successful lawsuits against the manufacturer which resulted in millions of dollars in damages.

Some experts suspect that there has been a spike in allergic reactions to corn and soy in recent years which may be related to genetic engineering. The Organic Consumers Association reported recently that “hundreds of Americans have reported allergic reactions to the FDA after eating Kraft and other brand name corn products likely containing genetically engineered ingredients.” Similarly, British researchers have pointed out that there has been an increase in soy allergies which seems to correspond to the increase in genetically engineered soy in the food supply.

The widespread cultivation of GE crops poses environmental hazards as well. These include: increased use of toxic pesticides, damage to soil fertility, genetic pollution of adjoining farmlands, harm to Monarch butterflies and beneficial insects such as ladybugs and the creation of “superpests,” “superweeds,” and virulent new plant viruses. The latest evidence suggests that even the higher crop yields and lower costs promised to farmers have not manifested, or have declined over time.

At this point, genetically engineered crops are chugging along mainly on a combination of industry propaganda, government collusion, and public indifference. Public indifference about genetically engineered foods would change quickly if they were required to be labeled. Indeed, labeling is Monsanto’s worst nightmare: the company has fought labeling requirements tooth and nail. They argue that such labeling will “scare” people. And they are right.

But maybe people have good reason to be scared. For those of us who don’t want to participate in the on-going large scale human trial on the safety of genetically engineered foods, the best way to avoid them is to steer clear of any food which contains non-organic corn or soybeans. These two crops account for well over 90% of the genetically engineered foods in the marketplace. While even organic products may contain trace amounts of genetically modified organisms, the amounts are generally less than 1% and are the result of incidental contamination.