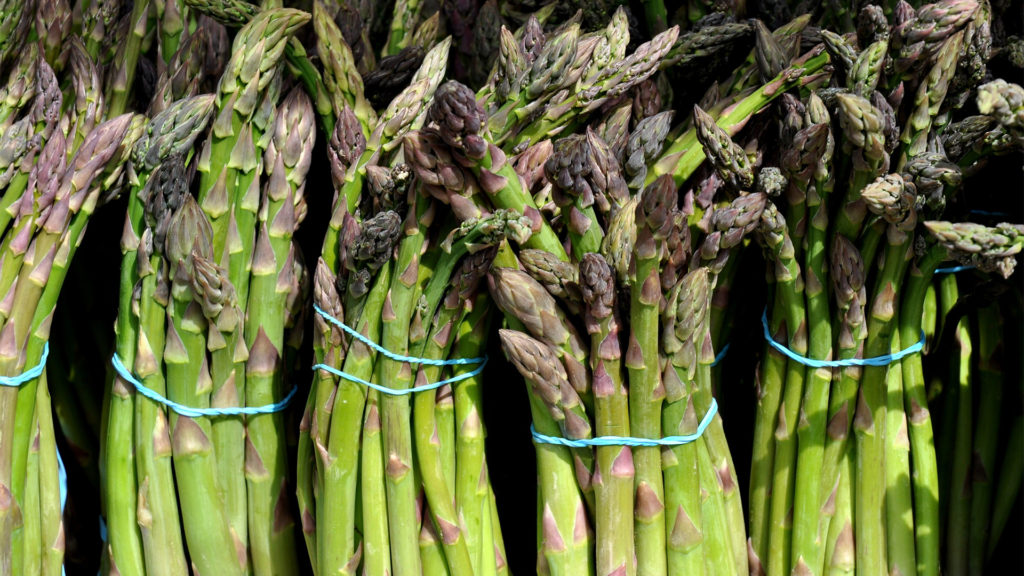 I once heard an “ugly American” story told by a friend who visited France. When ordering dinner at a restaurant, one of his party asked the waiter why there was no asparagus on the menu. The waiter replied, “asparagus is not in season.” To which his American friend fumed “haven’t you people ever heard of frozen vegetables?”

The idea that certain foods should only be eaten when they are in season may seem outdated in this day of frozen vegetables and produce items air-shipped from the opposite hemisphere. However, if you value good food, as the French do, eating in season makes perfect sense. In-season produce will be fresher, grown closer to where you live, and will cost less than items which are not in season.

Speaking of asparagus, the period from late March to the end of May is the peak season for this elegant vegetable. Asparagus is a member of the fern family and its origins predate the dinosaurs. Botanically, it is unusual in that there are male and female plants. The masculine spears are skinny while the female spears tend to be plump. However, taste-wise you would be hard put to tell the difference.

Fresh asparagus should be bright green (except the purple or white varieties) and the buds should be tight. Avoid angular or flat stalks that are woody. Use it as soon as you can because it does not improve with age. Freshness may be maintained by standing the spears upright in a few inches of cold water.

Asparagus may be boiled, steamed or roasted in the oven. It pairs exceptionally well with cheeses, both mild soft cheeses and more assertive hard ones. The following recipe uses Parmesan cheese. If possible I suggest you use a wedge of authentic Parmegiano-Reggiano when you make this recipe.

Most people don’t realize that the so-called Parmesan cheese you normally see is but a pale imitation of the original Parmegiano-Reggiano. Real Parmesan is made according to exacting specifications which have been followed for over 700 years. The manufacture is strictly regulated with respect to the quality of the milk, the expertise of the cheese makers, and the length of the aging period. It has rightfully been called “the king of cheeses” and once you have tried it, other parmesans will taste bland.

Parmegiano-Reggiano costs more, but it is bursting with flavor and a little bit goes a long way. Unlike asparagus, aged hard cheeses like Parmegiano-Reggiano are always in season, and will keep fine in your refrigerator for months.

Add asparagus to a large pot of boiling salted water. Cook 3-5 minutes, till barely crisp-tender. Drain briefly in cold water. Spears should still be warm. Toss asparagus with lemon juice, olive oil, and pepper to taste. With a vegetable peeler, shave thin slices of Parmesan on top. Make a bed of greens on a serving plate and mound asparagus on top. Serve at once. Recipe courtesy of Victoria Island Farms, British Columbia.