Buffalo: the Other Red Meat 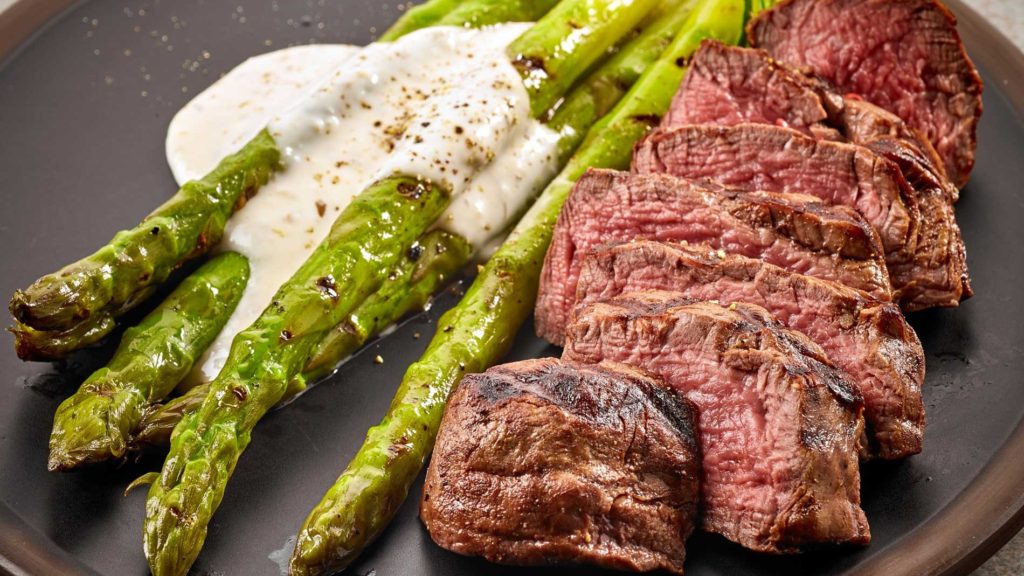 “Oh give me a home where the buffalo roam.” This well-known song hearkens back to a time when the Great Plains of North America were the wild range of the American bison, commonly known as the buffalo. Enormous herds of buffalo, described as so numerous they blackened the plains as far as the eye could see, were common less than 200 years ago. From an estimated 30 million, their numbers dwindled to fewer than 2,000 by the late 1800’s, the victim of guns, barbed wire, ranchers, railroads, and market hunters who slaughtered them indiscriminately for choice parts such as the tongue.

To the Plains Indians, the buffalo was both a sacred animal and the basis of their economic life. Dried into jerky, or pounded together with berries and dried to make pemmican, it was the primary source of protein in their diet. Buffalo provided hides for clothing and shelter, and sinews for bowstrings. Eating a diet based on buffalo, Cheyenne Indian males grew to an average height of 5 feet 10 inches, taller than the average American male today. While the great buffalo herds of antiquity are gone, the buffalo has been making a comeback in recent years as a ranch animal, raised for its high quality meat.

Buffalo meat tastes similar to beef, but it is higher in protein and much lower in fat. In fact, buffalo has less fat than skinless chicken breast! I was first introduced to buffalo meat a few years ago by Spud Harper. Spud is an Alaskan airlines pilot who, with his wife Bentley, raises buffalo during his time off on his ranch in eastern Idaho. Spud cautioned me that although buffalo looks like beef, you need to be very careful not to overcook it. It is low in fat, and the fat in meat acts as an insulator which slows down the cooking time.

Buffalo is best when served rare or medium rare, with a little pink still in it. As soon as I tried it, I was hooked. Buffalo has a deep, rich flavor. Perhaps because of its high protein content, it is extremely satisfying. It has become a regular item at our house and hardly a week goes by when we don’t eat buffalo burgers, steaks, or ground buffalo in spaghetti sauce or tacos.

Unlike beef, most of the buffalo raised in this country comes from small ranches. It is grass fed and not pumped up with antibiotics and growth hormones typically used in large feedlot cattle operations. Grass fed animals also have the special benefit of being high in a substance called conjugated linoleic acid(CLA). CLA is a fatty acid found abundantly in meat and dairy products from grass fed animals. It has the extraordinary property of inhibiting fat cells from getting fatter. Human studies have shown that consuming moderate amounts of CLA for three months without dieting resulted in as much as a 20% loss of body fat! Not only was there a drop in body fat, but CLA also appears to stimulate the development of muscle tissue. Maybe that’s why if you look at old photos, you’ll never see a fat Plains Indian.

Buffalo can be substituted in any recipe which calls for beef, as long as you take care not to overcook it. Here is a recipe for Buffalo Chili:

In a non-stick skillet, sauté the ground buffalo and onion until the meat is browned and the onion is tender. Add the pinto beans, tomatoes, water and seasonings. Cover and simmer for 1 hour, adding more water if the chili becomes too thick. Add chopped cilantro and simmer an additional 10 minutes. Spoon into bowls and garnish with grated cheese or diced jalapeno peppers.