Cilantro: An Herb That’s Not for Everybody 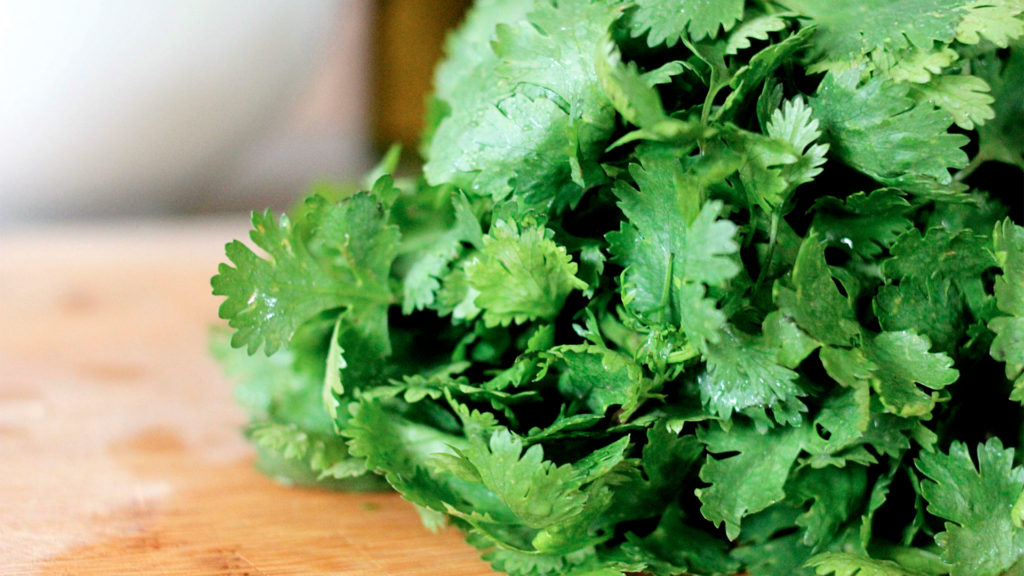 Normally we think of taste as a purely subjective matter. Whether people like or dislike a particular food is considered a function of whether they have eaten it before, and whether they like the sweet or sour or bitter flavor that everyone agrees that the food possesses. There are exceptions. Take cilantro. Cilantro is a distinctive tasting herb with a flavor some people describe as “citrusy.”

Although not native to Mexico, it has become a defining flavor of many Mexican and Latin American dishes, especially salsas. In addition to being used as an ingredient in sauces and stews, it is commonly used as a garnish to add a piquant touch to meats or beans. Cilantro has been used since Egyptian times, and is now a basic in the cuisines of many parts of the world.

Cilantro is the common name for the fresh leaves of the coriander plant. It is a relative of parsley and is used similarly in cooking. Other parts of the plant that are commonly used are coriander seeds, which are frequently used in Indian cooking, and coriander root, a staple of Thai cuisine. While cilantro is a fairly recent arrival to American kitchens, in recent years it seems to have taken the country by storm. This is good news if you like it.

However, there are some people who absolutely loathe cilantro. And their loathing is not a purely subjective matter. Cilantro actually tastes different to them. Apparently, certain individuals produce an enzyme that makes cilantro taste horrible. The most common description they have is that it tastes “soapy.” While still not well understood, this is believed to be due to a genetic trait more common in people of European descent. There is even a web site for these unhappy campers: IHateCilantro.com.

If you are not one of these cilantro haters, here is some good news for you. Cilantro has the ability to remove heavy metals such as lead and mercury from the body. A study in Japan of hospital patients found that they suddenly began to excrete heavy metals in their urine. No one knew why until it was discovered that a new cook was adding cilantro to the soup the patients were eating every day. Now fresh cilantro, juiced cilantro and cilantro extracts are being widely used to help people detoxify from heavy metal poisoning.

Here is a recipe that incorporates cilantro to add zest to grilled fish or chicken.

Soften the butter. Add the rest of the ingredients and mix until well combined. Place on plastic wrap and roll it, forming a log about 1.5 inches tick and 4 inches long. Put it in the freezer to harden, and keep it frozen until ready to use.

To use: cut thin “coins” about 1/4 inch thick from the roll and place them on fish or chicken during the final few minutes in the broiler or on the barbecue. Two “coins’ per 4-6 ounce piece of meat should be plenty. Garnish with sprigs of cilantro.