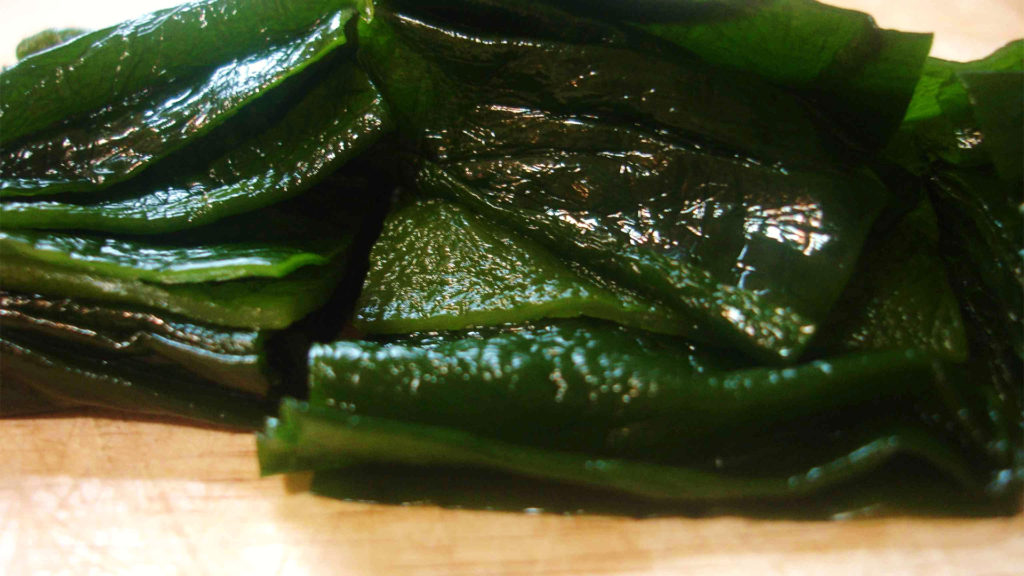 A recent news story announced the discovery of the oldest human meal in the Western Hemisphere, and it wasn’t hamburgers. Cooked and partially eaten seaweed was found at a 14,000 year old site in southern Chile. Archeologists found no fewer than nine species of seaweed and marine algae in the hearths of the most ancient human settlement found in the Americas.

Although it may seem strange if you haven’t developed a taste for it, seaweed has been part of the human diet for millennia, with good reason. Ounce for ounce, seaweed is higher in vitamins and minerals than any other class of food.

It has often been remarked that the mineral composition of the ocean is very similar to that of human blood. The nutritional profile of seaweed reflects its ocean habitat. It provides all the minerals needed for human health in correct proportions. Seaweed is also high in protein and is a good source of digestible fiber.

There are scores of varieties of edible seaweeds. The most familiar to Westerners is probably nori, a mild- tasting seaweed which is pressed into flat sheets and used to roll sushi. Dulse is another sea vegetable that was once popular in the U.S., especially among Irish immigrants. It was served toasted as a snack food in New England pubs in the late 1800’s and early 1900’s.

One sea vegetable that you have probably eaten without realizing it is agar. Agar is a red marine algae that contains a complex starch widely used as a gelling agent. If you are a careful label reader, you may have seen it in yogurt, jam or candy.

Three seaweeds favored in Japan that have made their way to America courtesy of George Oshawa and the macrobiotic movement are kombu, wakame and hijiki. All three are fairly strong tasting, and are most commonly used in soups where long cooking helps temper their flavor and makes them tender and more digestible.

Here in Southeast Alaska, Native people have been collecting and eating seaweed for probably thousands of years. The black seaweed of Southeast Alaska is a relative of nori. Its Tlingit name is laak’ask. While not commonly found in the Inside waters around Juneau, it is abundant on the Outer Coast. I have tried all the common varieties of Japanese seaweed and in my opinion the local black seaweed tastes better than any of them. Unfortunately, it is hard to come by unless you know someone who gathers it.

The health benefits of eating seaweed have been obvious to traditional people for a long time and today modern science is finally catching up with the ancient wisdom. Studies have noted that sea vegetables are prominent in the diets of many long lived people, including inhabitants of Okinawa in Japan which boasts the greatest number of centenarians of any area in the world.

The most common varieties of Japanese seaweeds are widely available commercially. These include nori, kombu, wakame and hijiki. Dulse is also sometimes available in stores. Seaweed is usually sold in its dried form, and it will keep this way for several years.

My first encounter with seaweed was in a miso soup made with wakame, and it is still one of my favorite ways to eat it. Here is a nice recipe adapted from recipezaar.com: