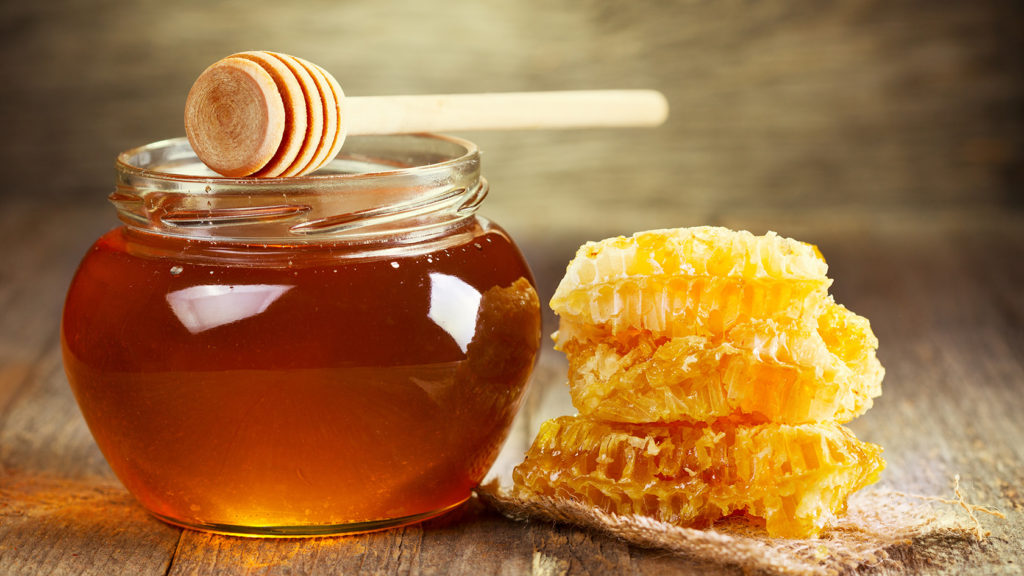 Honeybees have been in the headlines in recent years, and the news isn’t good. Alarming numbers of honeybees have disappeared without a trace, up to 70% in some parts of the country. This is bad news not only if you like honey, but also if you like to eat. Commercial honeybees are responsible for pollinating $14 billion in food crops in the U.S., including most fruits and nuts, and many vegetables. While there have been many theories offered about this phenomenon, dubbed “colony collapse disorder” most researchers are scratching their heads.

The only place I’ve seen a coherent explanation is at the Organic Consumers Association (OCA) website. Here you will find several articles with a common theme: “colony collapse disorder” is a direct result of industrial agriculture. I’ll summarize the information, but for more depth I recommend you check out the OCA site. The interesting thing about “colony collapse disorder” is that it doesn’t seem to be caused by one particular virus or fungus or mite. In fact, according to an article in Speigel Online, “in many cases, scientists have found evidence of almost all known bee viruses in the few surviving bees…a sign that the insects’ immune system may have collapsed.”

Commercial honeybee populations appear to be stressed to the point where their natural immune systems are breaking down. Numerous features of commercial agriculture may contribute to this stress: pesticides, monoculture, genetically modified crops, and the way commercial bees are raised and managed. This last item is particularly salient. Most of us think of beekeeping as totally natural, but the fact is beekeeping itself has become industrialized. Pesticides are used to fumigate beehives and antibiotics are fed to bees to ward off disease. Hives are hauled long distances from field to field, further stressing the bees and exposing them to a wider variety of agricultural pesticides and genetically engineered crops. The notion that the industrialization of beekeeping is contributing to “colony collapse disorder” is supported by the fact that organic beehives are thriving at the same time conventional hives are collapsing. Beekeeper Sharon Labchuk reported in Guerilla News Network in April that: “I’m on an organic beekeeping email list of about 1000 people, mostly Americans, and no one in the organic beekeeping world, including commercial beekeepers, is reporting colony collapse on this list.”

A final bit of food for thought: our dependence on non-native, factory-farmed honeybees has occurred because commercial agriculture has killed off native pollinators. Labchuk notes: “Commercial beekeeping today is just another cog in the wheel of industrial agriculture, necessary because pesticides and habitat loss are killing native pollinators, and vast tracks of monoculture crops aren’t integrated into the natural landscape.” A return to a more natural and diverse way of farming appears to be the only way out of this mess. Supporting organic and where possible, local agriculture are steps in the right direction, as are supporting natural and organic beekeepers by buying their honey.

Here is a recipe for a honey carrot cake. Make it with organic honey and you’ll be doing your part to help some bees somewhere live a lower stress life.

Preheat oven to 325 degrees. Oil and flour a 10 inch tube pan or a 10 inch round cake pan. In a food processor, or large bowl, whip honey, butter, vanilla extract and oil together until the mixture is homogenous. Add grated carrots and eggs to this mixture. In a separate bowl, sift together the dry ingredients. Add dry ingredients to the honey, carrot, egg mixture and combine until thoroughly mixed. Pour this into the prepared pan. Bake at 325 degrees for 45 minutes to 1 hour. Test for doneness by inserting a toothpick into cake. Toothpick should appear dry. Cool cake before removing it from the pan. Ice with cream cheese icing (see below). Cream cheese icing In a bowl or food processor, combine 1-1/2 cups cream cheese, 1 teaspoon vanilla extract, and 4 Tablespoons raw honey. Stir until thoroughly combined. Spread icing evenly on cake and, optionally, sprinkle chopped walnuts on icing.