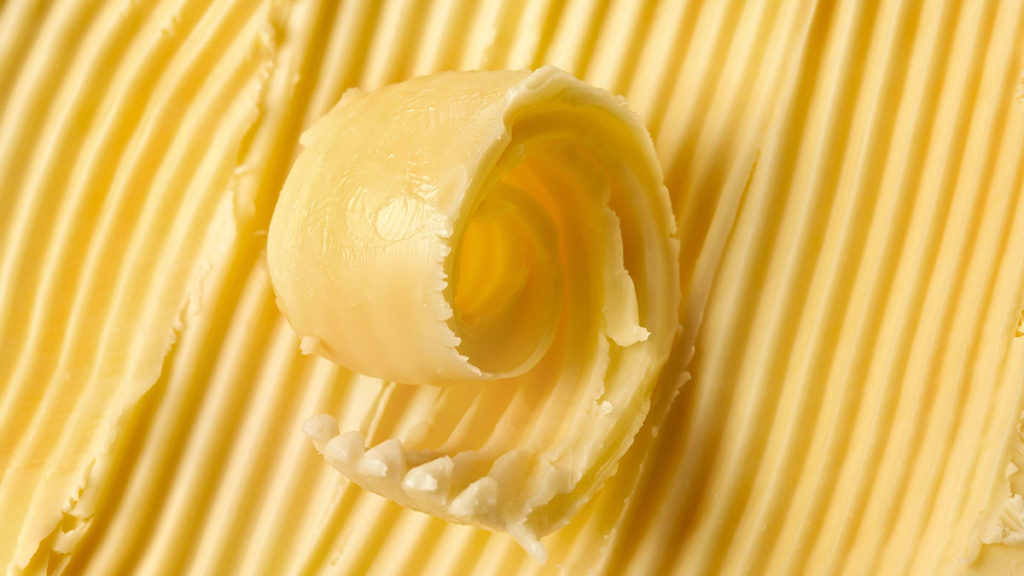 Unless you have been living in a cave, you have probably heard that trans-fats are bad for you. Hydrogenated and partially hydrogenated oils like margarine and vegetable shortening are definitely “out.” The evidence is mounting that these chemically altered fats may contribute to health conditions ranging from heart disease to certain cancers to immune system disorders.

Yet, while margarine is “out”, there has not been a corresponding rush to embrace the food it originally replaced: butter. Butter has been vilified for so long for its high saturated fat content that most folks are hesitant to use it. This is a shame, because butter, especially good quality butter from pastured animals, is not only one of the most delicious of foods, but also one of the most nutritious.

Butter is good for you? I know that a few people will be shaking their heads at this. But think about it. Butter has been eaten for thousands of years. The diseases it is supposed to contribute to, like coronary heart disease, were rare before 1900.

The idea that butter is unhealthy originated with the same people who told us that we should eat margarine. According to Sally Fallon in her excellent book Nourishing Traditions, between 1910 and 1970, a period during which coronary heart disease soared in the U.S., the proportion of fat from animal sources in the U.S. diet declined from 82% to 63%, and butter consumption plummeted from 18 pounds per person per year to 4.

For further proof that butter has very little to do with heart disease, you need look no farther than France. The French diet is loaded with saturated fat, often in the form of butter, cream, and cheeses with a high butterfat content. Yet the mortality rate for heart attacks in middle aged men in France is less than half what it is in the U.S.. And obesity is much rarer in France than it is here.

Fallon enumerates the benefits of butter. They include: 1. It is an excellent source of fat soluble Vitamins A, D, K and to a lesser extent Vita- min E. In fact, Vitamin A from butter is more easily utilized than from any other source. 2. It can help facilitate the absorption and utilization of minerals in the body. 3. It has an excellent balance between Omega 6 and Omega 3 fatty acids. 4. It contains short and medium chain fatty acids which have anti-microbial and immune supporting properties. 5. It contains trace minerals including manganese, zinc, chromium and iodine, which are incorporated into the fat globule membrane of butterfat.

The list goes on, but you get the idea. As strange as it may seem, butter can be a vital part of a healthy diet. However, not all butter is the same. Next week, I’ll talk about different kinds of butter, their flavors and their cooking and baking properties. In the meantime, here is a recipe for a delicious butter sauce. This is the classic French sauce for fish. It is also delicious drizzled over vegetables.

Place shallots, wine and lemon juice in a small pan. Bring to a boil and reduce to about 2 tablespoons. Strain into a small bowl. Place the bowl in a pan of hot water over a low flame and add the butter piece by piece, whisking thoroughly after each addition. Sauce should become frothy and slightly thick. As soon as the butter is amalgamated, remove from heat and season to taste. Serve immediately. Makes 1 cup.